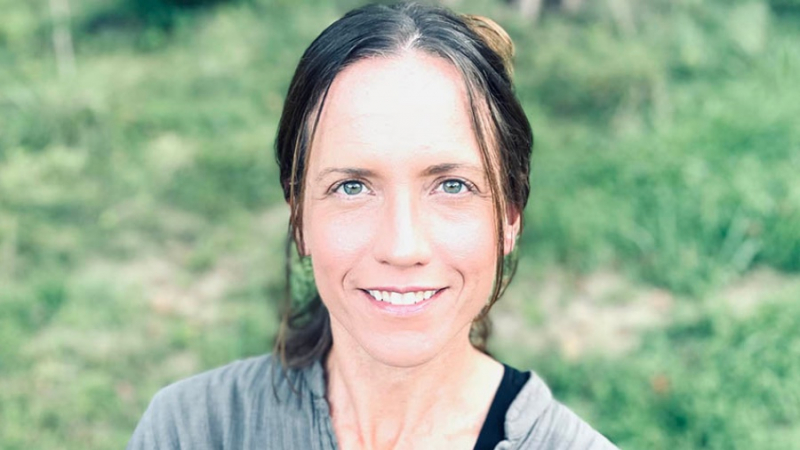 Tell us about your lab at Indiana University. What kind of research do you do?

My lab group studies interactions between ecosystems and the climate system. We primarily focus on ecosystems of the eastern United States. Much of our work is aimed at understanding how climate feedbacks, including rising temperature, rising CO2, and increasing atmospheric aridity, will affect plant function. We care deeply about these feedbacks because the forests of the eastern United States are a really important regional carbon sink that provide us with a deep “discount” on our anthropogenic emissions of CO2 from fossil fuel burning. However, due to climate feedbacks, the future fate of this important carbon sink is uncertain.

"Much of our work is aimed at understanding how climate feedbacks, including rising temperature, rising CO2, and increasing atmospheric aridity, will affect plant function." 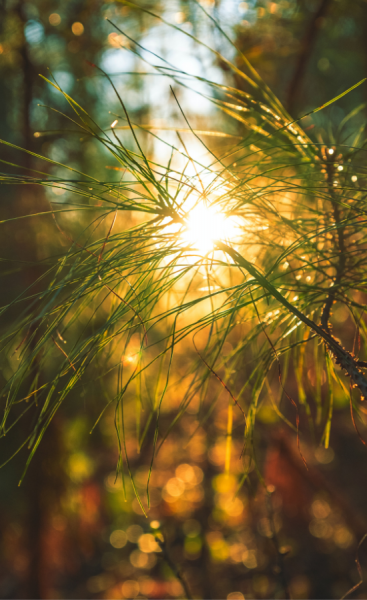 On one hand, there are some ways that the climate changing actually favors carbon uptake and storage. Growing seasons are becoming longer, for example, which means that trees in deciduous forests have a longer amount of time each year to take CO2 out of the atmosphere. Moreover, CO2 concentrations in the atmosphere are rising, and there's plenty of evidence to suggest that greater atmospheric CO2 accelerates the rate of photosynthesis.

How did you get into this area of research?

In my junior year I took an advanced fluid mechanics course, and we had a field trip to the Duke Forest where professor Gaby Katul maintained “flux towers” which track carbon dioxide exchange rates between the earth and atmosphere. It seemed like a fun way to spend the summer—hanging out in the top of the tree canopy. So, I sent him my CV and transcript and he accepted me. I spent a summer on the towers, measuring photosynthesis rates right at the level of the pine needles. And then I spent most of my senior year writing the results up into a manuscript, which was eventually published along with substantially mentoring and support from Gaby and other lab members, especially Paul Stoy.

"It seemed like a fun way to spend the summer—hanging out in the top of the tree canopy."

After I graduated, I spent three years working in the non-profit sector as an environmental organizer. While that work felt important, I realized after some time that it was not the work I really wanted to do. What I really had a passion for was mathematics and coding, and solving puzzles that no one has ever solved before— using the tools at my disposal to extrapolate meaning from a set of knowns and unknowns. So, I decided it was time to go back to school.

I applied to a few universities, but I knew what was waiting for me at Duke, having worked with professor Katul as an undergraduate. Plus, when I came to visit, he had this great recruitment dinner that involved the best game of ping-pong I've ever played—somehow he managed to get 20 different people playing ping pong at the same time. So, I thought, "Well, this must be the place for me,” and I came back to Duke as a member of the Katul lab.

What is your favorite thing about your job?

I am definitely at my happiest when I have time for research and taking on hard problems. Another thing that I really like about my work is the opportunity it presents to interact with people all over the country and all over the world. After I left Duke, my work has become increasingly network-oriented—part of a real explosion in the last 10 years in the growth of environmental observation networks.

The way that one used to do science went something like this: you formed a question and hypthoesis, ran an experiment in the lab or in the field, and published the results in (hopefully) a nice impactful paper. Maybe you would pass your data along to the next student that came into the lab, to do something else with. But the concept of widely sharing your data was very foreign. But problems like climate change span regional, continental and global scales, and can’t be confronted with the limited amount of data that can be collected by a single person or lab group. We have to create networks that aggregate data from many places, standardize their formats, and redistribute them back to the community in an open and accessible way.

I have spent a lot of my professional career interacting with a network called AmeriFlux, which is a network of flux towers like those that used to exist in the Duke forest. I started in this network as a data provider and a data end-user. Over time, my roles in service to AmeriFlux and other networks have expanded to include advisory and leadership roles; I love this part of my job as its very exciting to be able to shape the scientific mission of these data-rich organizations.

It's been a real joy throughout my career to develop relationships with people working across many institutions, and I found that really made my transition into a faculty member easier because I felt like I had community, which would have been harder to build without the connections provided by those networks. It's been a lot of fun.

What advice do you have for students who are considering going on to PhD and a similar career path in academia?

"Opportunities that could connect you with scientists and stakeholders who you didn't know before, or that will allow you to expand your professional network, are seriously worth considering, even if it has the appearance of taking time away from research."

The common advice, when you're an early career scientist, is that you should be saying ‘no’ a lot. ‘No’ to things that do not directly align with your research. But, actually, I'm not sure that's always good advice. I think that sometimes saying ‘yes’ is a good idea. Opportunities that could connect you with scientists and stakeholders who you didn't know before, or that will allow you to expand your professional network, are seriously worth considering, even if it has the appearance of taking time away from research. In the end, it can be really synergistic with formal collaborations and formal research down the line.

I understand you just won a very special award—the American Geophysical Union’s Global Environmental Change Early Career Award. Can you tell us about it?

The American Geophysical Union is, I believe, the world's largest earth and space science society, and it's definitely the society that I consider to be best aligned with my research program. I'm actually sharing it with Alex Konings, who earned her master's degree at Duke, also working with professor Katul; this is personally very satisfying, as I very much admire Alex’s work and I’m just over the moon to be able to share this with her.