Air Quality Solutions Will Require Changes in Who Can Access Data 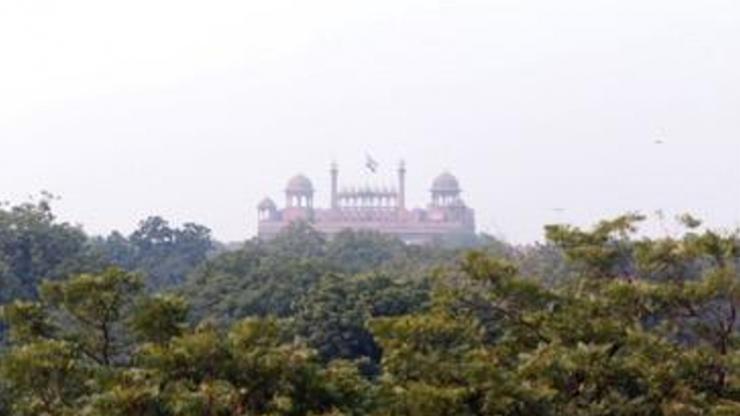 Smog hangs over the Red Fort in New Delhi, India. Some monuments in the country, like the Taj Mahal, are cleaned to remove stains created by air pollution. (Amanda Solliday / Duke University)

If you’re in New Delhi during the winter months, you will see what looks like a cloud hanging low on the city. The smog in the capital of India comes from a variety of sources, including burning trash, cooking, vegetation fires and vehicle emissions.

Poor air quality plagues the city, and the harmful particles in the air consistently exceed the World Health Organization (WHO) guidelines for outdoor air quality. At unsafe levels, air pollution can cause severe respiratory problems and heart disease, and it’s even considered a cancer-causing agent by WHO.

Delhi drives the conversation about air pollution in India, says Sachi Tripathi, a professor at IIT Kanpur, but the air quality is often worse elsewhere in the country.

Some of the air pollution in the capital may even be traveling from other areas as far as hundreds of miles away, according to Tripathi’s research efforts. He conducts monitoring studies that use spectroscopy, a chemical analysis that can determine subtle differences in materials, as a way to gather information that can indicate the origin and source of the soot in the air.

In parallel, Ronak Sutaria, a researcher at IIT Bombay, is designing low-cost sensor networks to conduct real-time monitoring. He’s creating these networks in various locations across India, with the goal of increasing access to information about air quality.

“Democratizing data technology means that information is made available everywhere, from the fanciest of neighborhoods to the smallest of homes,” Sutaria says.

Bergin and Sutaria have also looked at social media data, mining Twitter posts to see where and when people are talking about air pollution. One pilot project replied to individuals posting with the hashtag “#breath” with automatic replies from an account that would share local air quality data.

The idea is that with better information, the public can also change behavior during the worst times for air pollution, such as limiting outdoor activities. It could also eventually lead to broader policy changes.

“Once people get better information, then they tend put public pressure on the government to make changes,” Bergin says. “We’ve already seen this in China, with regards to air pollution.”