Ana Barros, the James L. Meriam Professor of Civil and Environmental Engineering at Duke University, has been elected a Fellow of the American Society of Civil Engineers (ASCE). 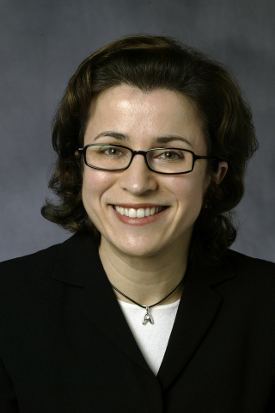 The honor is bestowed on less than 3.5 percent of the society’s members and serves to recognize engineers who have made notable contributions to the civil engineering field and ASCE organization during their career.

Barros’s research focuses on hydrology and environmental physics with an emphasis on water-cycle processes in complex geological and atmospheric environments. For example, Barros recently led a field campaign to help calibrate NASA’s newest weather satellite with ground-based sensors her group has spent years installing in the western North Carolina mountains.  She was also recently chosen to serve as a panel co-chair of the National Academies’ 2017-2027 Decadal Survey for Earth Science and Applications from Space.