Barros, Tarokh Elected Members of the National Academy of Engineering 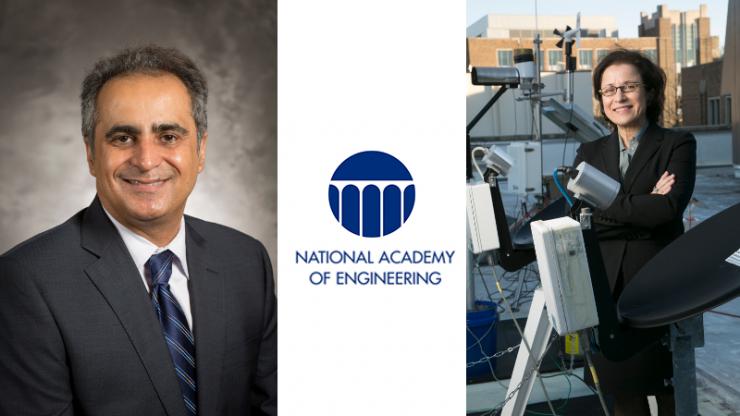 Ana Barros, the Edmund T. Pratt Jr. School Professor of Civil and Environmental Engineering, and Vahid Tarokh, the Rhodes Family Professor of Electrical and Computer Engineering, have been named members of the National Academy of Engineering (NAE).

Election to the NAE is one of the highest professional distinctions for engineers.  Barros and Tarokh were among the 86 new members and 18 foreign members announced by the NAE Thursday, and join seven other faculty at Duke University who also hold the distinction.

“Both Ana and Vahid represent engineering at its best,” said Ravi Bellamkonda, Vinik Dean of the Pratt School of Engineering. “They are innovators whose work not only advances their fields but makes the world a better place for us all. As scholars, mentors and colleagues, they have helped make Duke Engineering a hub for groundbreaking research in data science, computing and environmental engineering, as well as a destination for the outstanding students they teach and inspire.” 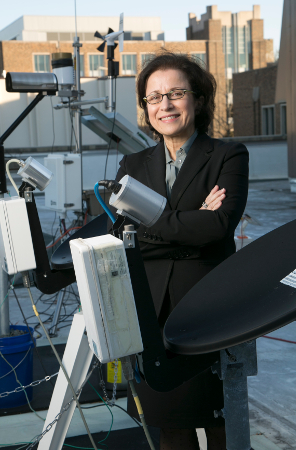 Barros joined the faculty of Duke Engineering in 2004 after having served on the faculty at the University of Porto, Penn State University, and Harvard University. Her research focuses on hydrology, hydrometeorology and environmental physics, with a specific focus on how water-cycle processes are coupled to complex local geographical and atmospheric features.

For example, Barros led a field campaign in 2014 to help calibrate NASA’s newest weather satellite with ground-based sensors her group has spent years installing in the western North Carolina mountains. This network of sensors coupled with computer models and simulations also allow Barros and her group to work toward increasing science’s understanding of how large weather phenomena develop at small scales. Besides improving weather forecasts, this research can help predict how large infrastructure projects such as dams might affect the local microclimate decades into the future.

Barros is a fellow of the American Geophysical Union (AGU), the American Society of Civil Engineers (ASCE) and the American Association for the Advancement of Science (AAAS). She also currently serves as a panel co-chair of the National Academies’ 2017-2027 Decadal Survey for Earth Science and Applications from Space.

“Professor Barros’s induction into the National Academy of Engineering reaffirms her important contributions to the field both as a researcher and through her history of generous service to the international community of hydrology and environmental physics professionals,” said Mark Wiesner, chair of civil and environmental engineering at Duke. “Her induction further highlights the quality of the faculty in Duke’s Civil and Environmental Engineering program, where she has also been an innovator in teaching and a champion of diversity. It is wonderful to see her honored at the highest level of the US engineering community."

“My heart is full of gratitude,” said Barros. “I am privileged to have had the opportunity to work in partnership with great students and postdocs through the years, and I am fortunate to count on wonderful colleagues and mentors.  I am thinking of my Dad today, who shared with me his love of science and enthusiasm for learning.”

Vahid Tarokh, who holds appointments in the departments of electrical and computer engineering, computer science, and mathematics, was a faculty member at the Massachusetts Institute of Technology for two years and Harvard University for 16 years before joining Duke in 2018. One of the world’s most cited researchers in computer science, Tarokh is known for his singular contributions to signal processing and current work to create new methods for modeling and making predictions from small amounts of data. 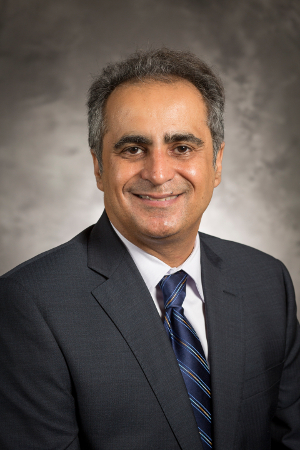 While working for AT&T Labs in the late 1990s, Tarokh helped invent the algorithms called space-time codes that most modern cellular phones use to transmit data. During his time at Harvard, Tarokh did early foundational work on distributed communications, spectrum sharing and cognitive radios, which help share the spectrum in various bands. He later became interested in researching various areas of signal processing and its applications to radar, interferometry and biology.

At Duke, Tarokh is pursuing collaborations aimed at getting the most possible out of small sets of data. For example, he currently has a project aimed at determining how different people will respond after exposure to certain viruses. And as a newly named Microsoft Data Science Investigator, he also has ongoing collaborations focused on inventing new methods for securing and maximizing the Internet of Things and designing brain-inspired organic networks that can reorganize themselves.

“Vahid Tarokh has made incredible contributions across a broad spectrum of interests, from cryptography to signal processing and analysis to mathematical modeling of highly complex phenomena,” said Krishnendu Chakrabarty, chair of Duke’s Department of Electrical and Computer Engineering. “While his inventions have had major impacts on industry, he also embodies the best of academia--excellence in scholarship, thought leadership, teamwork and collegiality. He is an inspiration to his colleagues and a role model for his students and associates. We are fortunate to have him as a faculty colleague at Duke.”

“I am honored and humbled by this recognition, which I owe particularly to the work of my wonderful students, postdoctoral fellows and colleagues over the course of my career,” said Tarokh. “Special thanks to Professor Rob Calderbank for his mentorship and support over many years.  I would also like to acknowledge my mother and uncle who struggled to save and educate me in the aftermath of the Iranian revolution amid tremendous hostilities of the Iranian government.”

As members of NAE, Barros and Tarokh will help carry out the academy’s mission of providing engineering leadership in service to the nation. They join more than 2,500 peer-elected members and foreign members in the NAE, which serves as an advisor to the federal government and conducts independent studies to examine important topics in engineering and technology.

Including Barros and Tarokh, five Pratt School of Engineering faculty have been named to the NAE in the past five years. Other current members include Robert Calderbank, Ingrid Daubechies, Earl Dowell, Henry Petroski, Jennifer West and Mark Wiesner; also recently elected was Duke Engineering alumnus Blake Wilson, an adjunct professor of surgery at Duke.