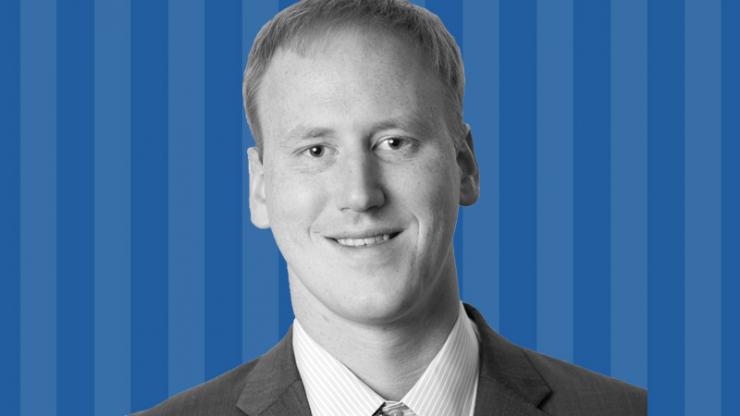 David Carlson has joined the faculty of Duke University’s Department of Civil and Environmental Engineering with a dual appointment in the Department of Biostatistics and Bioinformatics. A data scientist who tailors machine-learning algorithms to a wide variety of projects in population and environmental health, Carlson will connect researchers campus-wide.

It’s a campus that he is intimately familiar with; Carlson earned a bachelor’s, master’s and doctoral degree at Duke before moving to a postdoctoral researcher position at Columbia University for a year. After a search for a permanent faculty position yielded several offers, he decided that there really is no place like home.

Machine learning is a fast-growing field in which researchers teach computers how to identify significant patterns in datasets in ways that humans cannot. While these patterns often lead to valuable insights and surprisingly accurate predictions, it is not always clear how the machine-learning algorithms arrive at their conclusions.

Carlson works to design transparent algorithms that reveal their inner workings as well as their predictive results. With this information, researchers can then design new experiments to dial in on scientific knowledge. These efforts often require extensive work to understand and manipulate the complex mathematical underpinnings of these algorithms.

For example, a recent project saw Carlson working with Kafui Dzirasa, assistant professor of psychiatry and behavioral studies, biomedical engineering, neurobiology and neurosurgery at Duke, to evaluate how changes in the brain correlate with psychiatric outcomes. Working with mouse models of depression, the duo looked to relate neural signals to depression and susceptibility to depression. After such signals were identified, the team manipulated that neural activity to validate their findings, which resulted in a significant improvement in the mouse’s responses to behavioral tests.

“If you understand why the machine learning algorithm made the decisions that it did, then you can design an experiment to find out what makes those conditions and variables important to the outcome,” said Carlson. “That’s going to happen more and more with modern science due to the growing ability to collect Big Data.”

Big Data is, however, a relative term. While tech giants like Google may be able to draw data from millions of users making billions of decisions, healthcare professionals are rarely so lucky. With these limitations in mind, Carlson is working to design algorithms to deal with relatively narrow datasets.

In his current role as a postdoctoral researcher at Duke, Carlson worked with Geraldine Dawson, director of the Duke Center for Autism and Brain Development, to try to determine which neural patterns may be signals of autism. While the study only had 25 patients, Dawson collected a vast amount of data on each one.

“You want to leverage the strengths of this data resource, but do it in a way that will generalize to a wide population from a pretty small subset of people,” said Carlson. “A lot of my work is balancing the big and small aspects of what we’re analyzing.”

As Carlson transitions from postdoc to professorship, he will continue work on his past projects on data science for population health while exploring new collaborations in environmental engineering and other fields across campus.

“We have incredible people in CEE, biostatistics and at the hospital that have excellent data sources. We need to start tying these connections together to make the data work for us to draw conclusions,” said Carlson. “Duke is just a phenomenal place with resources both in the medical and engineering schools that will allow me to do things that I may not be able to do anywhere else.”