Duke Engineering is co-leading a national initiative that promises to transform engineering education—and change the world.

In a letter of commitment presented to President Barack Obama today, Duke and more than 120 other U.S. engineering schools announced plans to educate a new generation of engineers expressly equipped to tackle some of the most pressing issues facing society in the 21st century.

These "Grand Challenges," identified through initiatives such as the White House Strategy for American Innovation, the National Academy of Engineering (NAE) Grand Challenges for Engineering, and the United Nations Millennium Development Goals, include complex yet critical goals such as engineering better medicines, making solar energy cost-competitive with coal, securing cyberspace, and advancing personalized learning tools to deliver better education to more individuals. 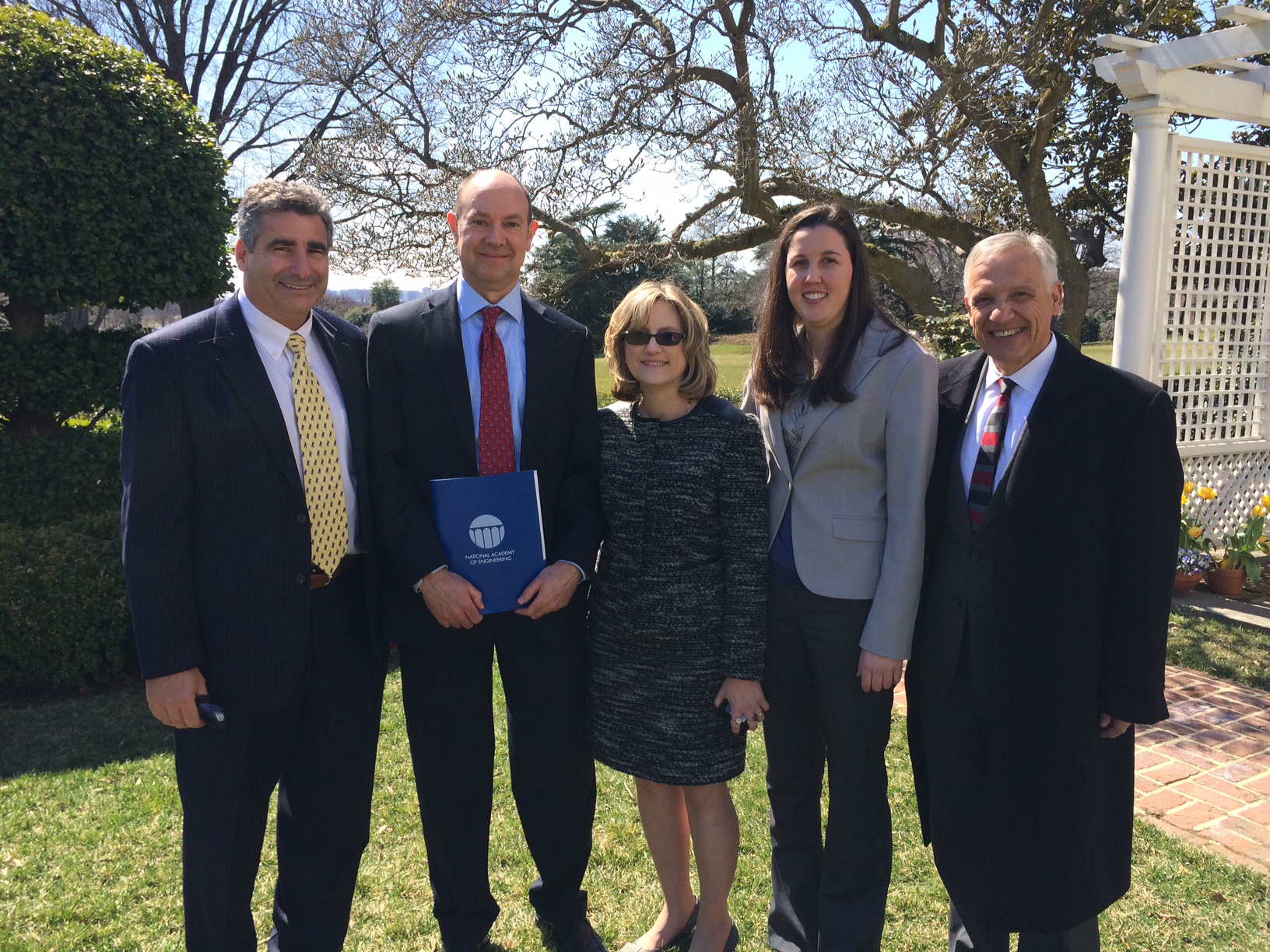 Each of the 122 signing schools has pledged to graduate a minimum of 20 students per year who have been specially prepared to lead the way in solving such large-scale problems, with the goal of training more than 20,000 formally recognized “Grand Challenge Engineers” over the next decade.

More than a quarter of the nation’s engineering schools are now committed to establishing programs to educate engineers to take on the Grand Challenges. “We’re poised to transform the landscape of engineering higher education,” said Tom Katsouleas, dean of Duke’s Pratt School of Engineering and a co-leader of the initiative along with Yannis Yortsos, dean of the University of Southern California’s Viterbi School of Engineering, and Richard Miller, president of the Franklin W. Olin College of Engineering.  “The tremendous response suggests we’ve tapped into something powerful—the very human element connecting engineering with students who want to make a real difference.  I think we’re going to see these Grand Challenge Engineers do just that.”

Grand Challenge Engineers will be trained through special programs at each institution that integrate five educational elements: (1) a hands-on research or design project connected to the Grand Challenges; (2) real-world, interdisciplinary experiential learning with clients and mentors; (3) entrepreneurship and innovation experience; (4) global and cross-cultural perspectives; and (5) service-learning.

“Teaching engineering fundamentals in the classroom is important, but it’s not enough,” said Richard Miller of Olin College. “Solving our planet’s Grand Challenges requires engineering expertise, but they won’t be solved by engineers alone. Doubling down on even more hard sciences and math will not help.  Instead, we need to incorporate new elements into engineering students’ education to give them both the skillset and the mindset needed to become leaders in addressing societal challenges.”

The training model was inspired by the National Academy of Engineering-endorsed Grand Challenge Scholars Program (GCSP), established in 2009 by Duke, Olin College and the University of Southern California’s Viterbi School of Engineering in response to the NAE’s 14 Grand Challenges for Engineering in the 21st century.  There are currently 20 active GCSPs and more than 160 NAE-designated Grand Challenge Scholars have graduated to date.  Half of the graduates are women—compared with just 19 percent of U.S. undergraduate engineering students—demonstrating the program’s appeal to groups typically underrepresented in engineering.

“The Grand Challenges aren't just a call to those already in the field of engineering—they’re a call to anyone passionate about engineering innovation and the grand impacts it can have on our lives,” said Kevin Mauro, a Duke GCSP student focused on the “reverse-engineer the brain” challenge, who recently participated in the White House’s first conference on the BRAIN Initiative. “It’s all about the pursuit of something that will last beyond our lifetimes.”

More than 30 students are currently enrolled in Duke’s GCSP, one of the country’s pioneering programs.  The school’s Scholars are pursuing a wide range of projects related to Grand Challenges, such as treating contaminated drinking water in Uganda, preventing injuries through orthopaedic biomechanics, improving the performance of unmanned aerial systems in remote and harsh climates, and engineering better medicines to improve the health care of women in low-resource settings.

“The NAE’s Grand Challenges for Engineering are already inspiring more and more of our brightest young people to pursue careers that will have direct impacts on improving the quality of life for people across the globe,” said NAE President C.D. Mote Jr. “Imagine the impact of tens of thousands of additional creative minds focused on tackling society’s most vexing challenges. ‘Changing the world’ is not hyperbole in this case. With the right encouragement, they will do it and inspire others as well.”

More information on this initiative, including a copy of the letter of commitment, is available at the NAE announcement, along with an interactive map of the participating schools. The initiative grew out of a 2014 workshop organized by the American Association of Engineering Societies, Epicenter, Engineers Without Borders USA, EPICS, and the NAE Grand Challenge Scholars Program.

More information on the Duke NAE Grand Challenge Scholars Program is available at the program's website.