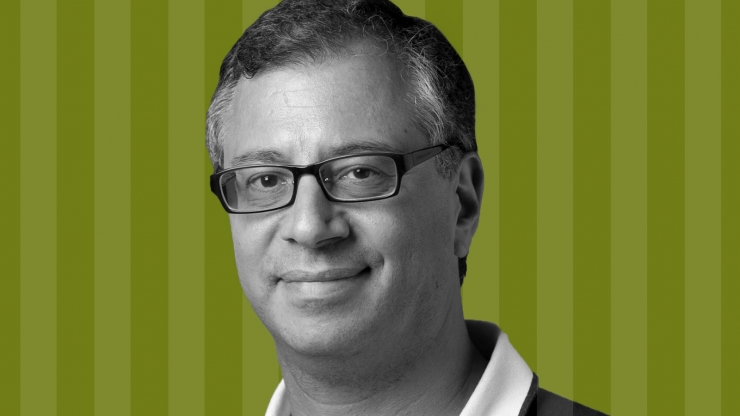 Gabriel (Gaby) Katul will join longtime collaborators on the faculty of the Department of Civil and Environmental Engineering (CEE) at Duke University beginning August 1, 2021. Making a cross-campus move from Duke’s Nicholas School of the Environment, Katul will build upon two of Duke Engineering’s growing strengths—the modeling of complex, non-linear systems, especially those related to environmental issues, and understanding why such systems fail so as to engineer for resilience enhancement.

Katul’s research has historically focused on the physical processes that drive water and nutrient transport throughout the soil-plant-atmosphere. While Katul will continue to work on these pressing issues in his new engineering role, he will also begin drawing on research into turbulent flows to develop a fundamental mathematical understanding of disastrous failures in large, complicated systems ranging from cavitation in plant vessels, to material failure, to entire societies.

“In short, we’re beginning to work toward unraveling the process of disaster,” said Katul, who has been at Duke for nearly three decades. “When organization begins to break down, whether it be in a material’s structural stability or a society’s, there might be a mathematical fingerprint that points to why the system is losing its resilience. It’s a lofty goal to pursue, but I think that engineering’s long history of understanding failure that is initiated at the microscopic level and how it manifests itself at the macroscopic scale may bring a new perspective to it.”

Katul’s ambitions stem from a growing understanding of turbulent flows in nature. Often thought of in terms of the chaotic movement of water tumbling through a riverbed or air swirling behind an airplane, the underlying mathematics can be used to model a wide variety of seemingly unpredictable, non-linear phenomena that are active or energetic across wide-ranging scales.

For example, Katul points to eddies in a stream appearing and disappearing for seemingly no reason. Or how if someone opens a bathroom door rapidly, it might introduce action at a distant location such as variations in the level of water within the toilet. And while Katul admits that classical turbulent systems may never be fully understood, he says that the tools being developed by theoretical physicists to model them are now maturing to the point where they could offer cross-fertilization of ideas to other fields of research.

"I want to explore the fundamental physical constructs of systems toeing the edge of their doom to find signatures of when they approach the breaking point so that perhaps we can learn to avoid the final straw altogether."

“I’ve been very happy in the Nicholas School and have had a great career there, but I see my work being more effective in engineering over the next decade or two,” said Katul, who studied structural engineering as an undergraduate. “And Duke Engineering is small enough to easily see connections with colleagues whose work could fit perfectly with these ideas.”

Katul is especially excited about the prospect of working with some of Duke Engineering’s newest hires. Andrew Bragg, an assistant professor in CEE, focuses on fluid dynamics—especially turbulent flows—and, Katul says, is among a handful of people who understands the rigorous mathematics behind turbulence and the cutting-edge physics that could be thrown at his own research. Johann Guilleminot, another assistant professor in CEE, has been working on how to reduce complexity of large systems (coarse-graining and homogenization) and implement this reduced-complexity representation in numerical simulations. Manolis Veveakis, an assistant professor of geomechanics, is a leading expert on mechanical responses of geomaterials to stresses at extreme conditions and has been engaged in innovative ways of arresting material failure. Nate Chaney, also an assistant professor in CEE, is a leading researcher on how soil moisture and water’s movement through large watersheds when aggregated is ‘resonating’ with climate drivers.

On the topic of climate change, Katul is of the opinion that future focus cannot be on just averting the worst of its effects but planning for how to adapt to them. Nature offers intriguing engineering solutions to numerous problems where minimizing energy expenditure is essential for survival.

“Engineers have used pumps for thousands of years to move water from place to place, but trees use plumbing that is entirely dependent on surface tension with no pumping,” said Katul. “Perhaps studying nature might enable newer, less energy-dependent designs that can help prepare society for the challenges ahead.”

Katul was hired onto the faculty of the Nicholas School in 1993. But even then, engineering was a large part of his work. Engineering faculty were part of the search committee for the position that lead to his hiring, and Katul immediately received one of the first secondary faculty appointments in Duke’s CEE department.

While Katul currently teaches two courses, one on watershed hydrology and another on the calculus of sustainability in complex societies, he says he may tweak the former to include engineering dimensions of water resources and revamp the latter as a science of disaster course.

“Whether it’s an ant colony or national government, organizations typically respond to problems with an increase in complexity, which is also known as Tainter’s law,” said Katul. “At some point, the system becomes so stratified or hyper-bureaucratic that investing in another niche layer only yields minor returns and it thus becomes fragile. That’s the signature of the system losing resilience, and what ends up triggering the eventual cascading collapse becomes less important. I want to explore the fundamental physical constructs of systems toeing the edge of their doom to find signatures of when they approach the breaking point so that perhaps we can learn to avoid the final straw altogether.”