Lessons from the Great American Eclipse 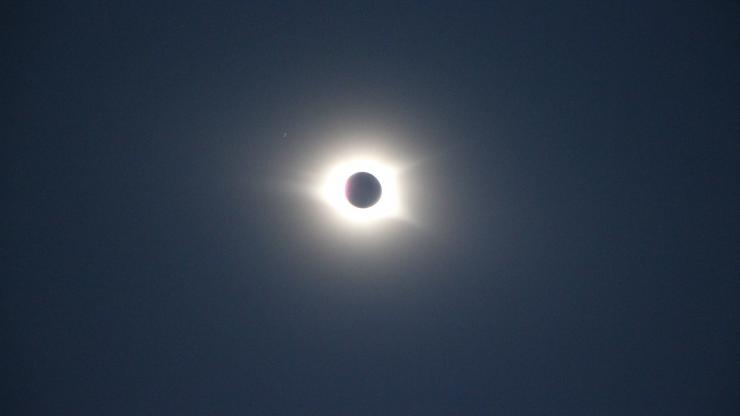 The 2017 Great American Eclipse during totality

On August 21, millions of people across the United States turned their attention skyward to watch as the moon eclipsed the sun, bringing cities stretching from Salem, Oregon to Charleston, South Carolina into two minutes of darkness.

This was the first time since 1918 that a total eclipse has crossed the continental US, and the historic event also drew an historic migration of people, causing massive traffic jams and travel delays as people scrambled to get to and from their viewing destinations. 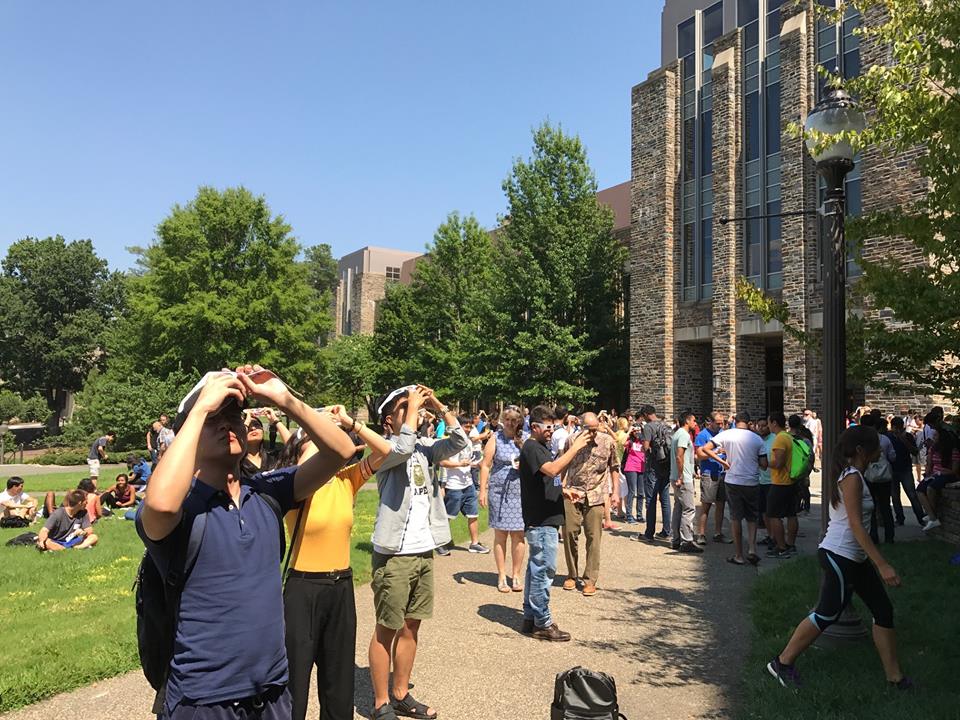 Although traffic from the rush to view the eclipse was an expected issue for those within the path of totality, other less-discussed problems were also anticipated: in the arid environments of the West Coast, park rangers were wary of an increased incidence of forest fires as people set up camp in Oregon, Idaho and Wyoming after a particularly dry summer. Solar energy production also dipped on Monday, requiring states to rely on other energy sources to make up the difference, and cell phone service was spotty or even nonexistent as people congregated together.

For Mark Borsuk, an associate professor of Civil and Environmental Engineering (CEE) at Duke University, the logistical issues underscored the importance for our engineered systems to be able to adapt to the demands from sporadic, atypical events like the eclipse. A new Risk and Resilience program offered through the CEE department aims to address these issues by teaching students to anticipate and design for extreme events, like natural disasters, public health crises, or even social gatherings such as those occurring this past year in association with marches on Washington or the eclipse. As a co-creator of the program, Borsuk answered a few questions about what engineers can learn from the Great American Eclipse.

How do the logistical issues surrounding the eclipse relate to your field of risk and resilience engineering?

The eclipse represented an unprecedented shock to our infrastructure system.  The mass movement of people from all over the country toward the path of totality created a set of traffic patterns that were distinctly different from both the usual daily commuting routes as well as from typical seasonal or holiday migrations.  And unlike for other focused gatherings, such as a sporting event or concert, it was unpredictable how many people would travel, where exactly they would go, or what route they could take.  Thus, emergency management needed to make preparations that were robust to different emerging patterns and situations. This is very similar to how engineers need to develop designs that are robust for a future rendered largely unpredictable by a changing climate, emergent technology, and a changing political landscape.

More predictable, but equally unprecedented, was the impact of the eclipse on solar energy production.  California, for example, lost about 3,400 megawatts of output according to the California Independent System Operator (ISO). Fortunately, they had planned ahead and were able to tap into natural gas-fired power plants and hydroelectric dams to make up the difference.

What can engineers learn from this event to better prepare for the future?

The eclipse provided a kind of dress rehearsal for the California ISO in how to handle problems that may arise as they attempt to integrate an increasing number of intermittent renewable energy sources into the state’s power supply. Similarly, the handling of unpredictable traffic patterns as people traveled to the path of totality may provide some practice for coastal evacuations that are likely to become increasingly common under climate change.

Is there an event that challenges our infrastructure/ engineered systems in a way that is comparable to the 2017 eclipse?

The Women’s March in Washington earlier this year was somewhat similar in the unpredictability of the turnout, timing, and transport of participants.  Fortunately, in both cases, a combination of advanced planning and participant goodwill allowed each to proceed without major incidents or problems.

Do engineers incorporate the data from these large events into their modeling for future projects? Is this something you would address in your new risk and resilience program?

Too often, our limited experience causes us to be overconfident in our predictions for the future, and extreme events serve to remind us that we may be missing important factors or the possibility of multiple factors coinciding.

The occurrence of rare events can infrequently be handled like typical data. They are essentially outliers that have no precedent and very little specific information for future prediction. Their main value is in expanding the scope of what planners and engineers consider to be within the realm of possibility.

In the context of quantitative risk assessment, this translates to wider probability distributions on model variables and more careful consideration of correlations. We will be considering such issues in my new fall course, CEE 690: Risk and Resilience in Engineering.

The next solar eclipse to cross the United States won’t occur until 2024, but until then engineers will have plenty of time to prepare for any logistical issues that may arise. To see how students, staff and visitors at Duke University observed the eclipse from Durham, check out more photos below!