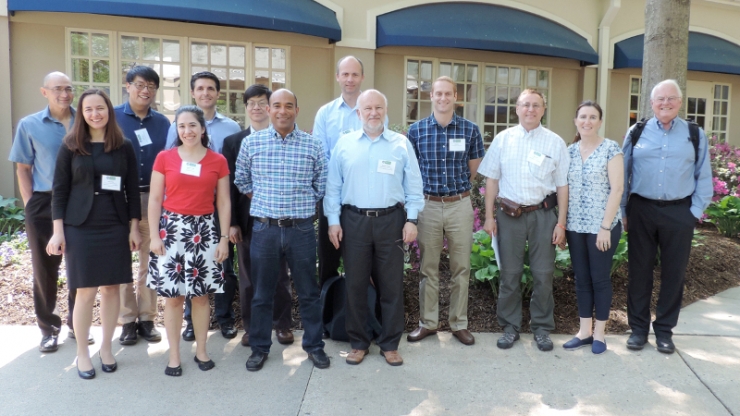 The speakers at the first

Optimization, uncertainty, and data are prevalent throughout our daily lives and are poised to become even more important as the information age unfolds.

To help spur advances in these increasingly important fields, Duke hosted its inaugural “Optimization Under Uncertainty and Data-Driven Science and Engineering” symposium at the Washington Duke Inn on April 13-14, 2017. For two days, more than 80 leading experts gathered to address mathematical and computational aspects of pressing problems including the smart grid, autonomous vehicles, energy and the environment, and using data to help in the fight against sex trafficking, among other topics. 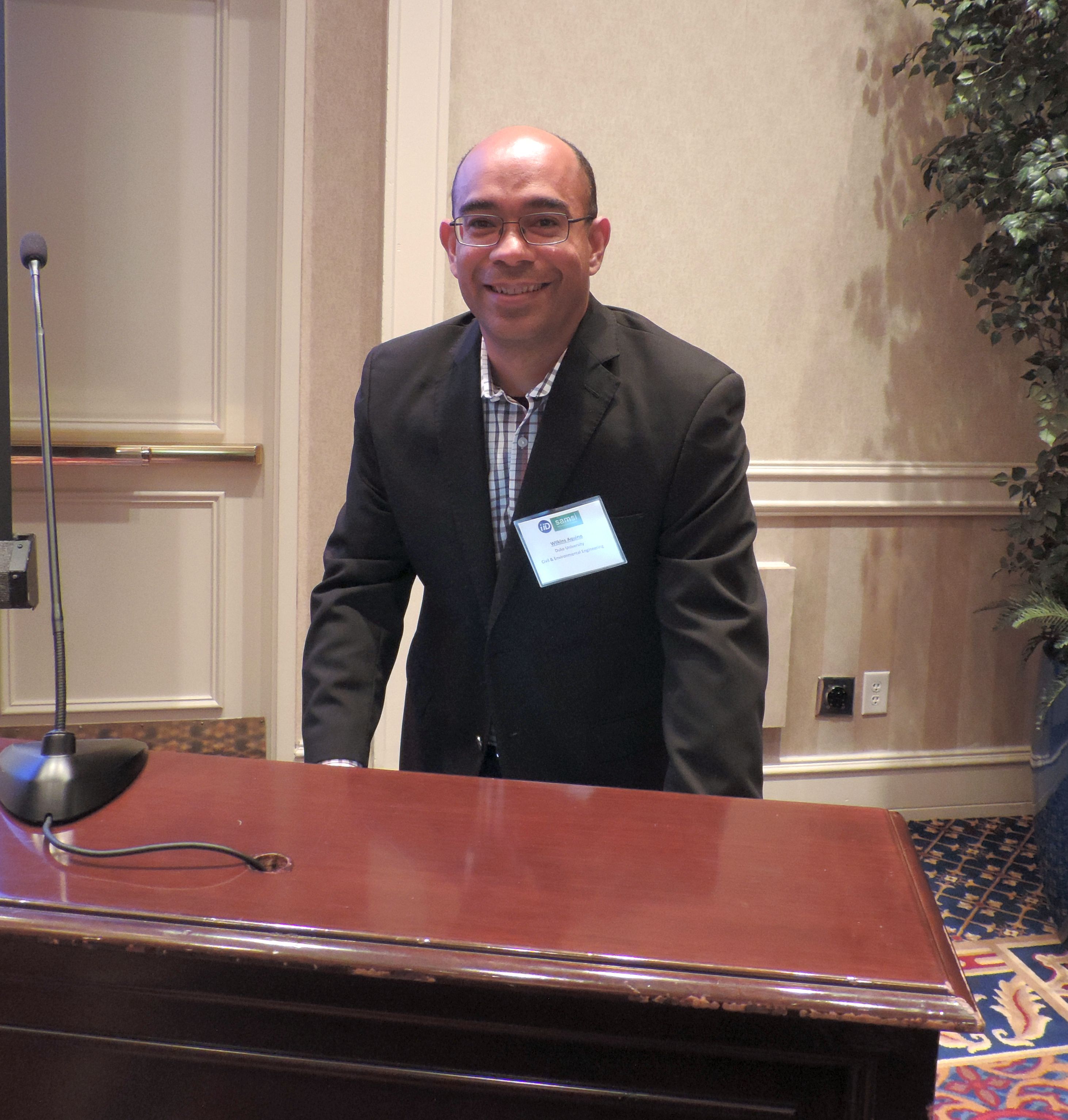 Aimed at fostering collaboration between researchers in academia, government and industry, the symposium attracted representatives of companies like Intel, AT&T and The Aerospace Corporation. Speakers from leading universities and the national laboratories across the country were also on hand for the event.

“Duke has a growing number of faculty and wealth of expertise in this area of research,” said Wilkins Aquino, professor of civil and environmental engineering at Duke, who organized the symposium along with Robert Calderbank (Electrical & Computer Engineering/Computer Science), Jianfeng Lu (Math),  Michael Zavlanos (Mechanical Engineering & Materials Science) and Drew Kouri (Sandia National Laboratories). “We wanted to highlight our emerging presence on a national stage while also connecting to some of the biggest names in the field to start new collaborations. I think we were successful on all fronts.”

The symposium was sponsored by the Information Initiative at Duke, the Statistical and Applied Mathematical Sciences Institute (SAMSI), the Pratt School of Engineering and the Department of Civil and Environmental Engineering.