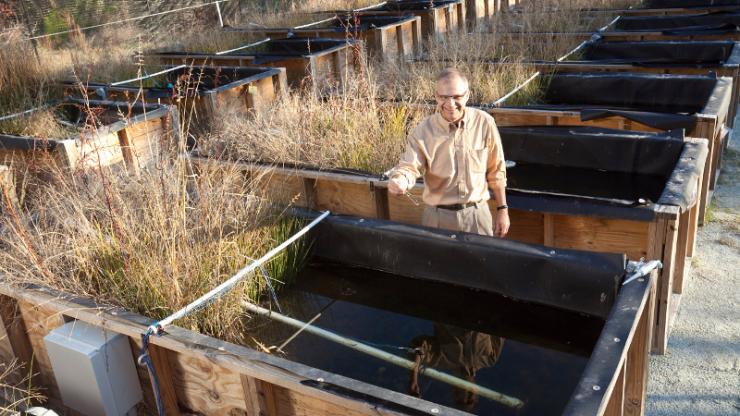 Mark Wiesner has been reappointed chair of Duke’s Department of Civil and Environmental Engineering (CEE), and will hold the new three-year term through 2021.

“CEE is a critical part of Duke Engineering, home to great scholarship, and the incubator for some of our most successful alumni,” said Ravi Bellamkonda, Vinik Dean of the Pratt School of Engineering, in announcing the appointment. “Mark’s reappointment gives us the opportunity to further shape the research vision for the department, hire great and diverse faculty, and develop exciting and cutting-edge educational programs at all levels.”

Driving this rise in rankings is Duke CEE’s steady growth in most every metric over the past few years. Wiesner has overseen the hiring of five new faculty members and the implementation and ABET accreditation of a new undergraduate program in environmental engineering. The curriculum features a new introductory course called “Engineering the Planet” and will soon also incorporate new school-wide courses in design, data science and computational thinking.

“We want to get the types of problems that environmental and civil engineers deal with in front of students as early as possible,” said Wiesner. “When they realize our engineers are addressing global issues from air pollution to drinking water quality or the environmental standards for international trade of new materials, while traveling to South America, China and Europe, they get excited.”

Wiesner says the department will also focus on growing their master’s programs, that now include new Master of Engineering programs in risk engineering and computational mechanics launched this year. He cites the work of Deans Bellamkonda and Truskey in making available space in Gross Hall, the Chesterfield Building downtown, and future expansion plans as creating new opportunities for faculty both in quantity and quality of research space. As the department continues to devote resources to recruiting and retaining top faculty, Wiesner sees an opportunity to go after grants for new externally funded centers.

“We’ve had the luxury of having our faculty collaborate in two major research centers funded over the past decade with the Center for the Environmental Implications of NanoTechnology (CEINT) and the Superfund Center,” said Wiesner. “My goal now is to catalyze new interdisciplinary collaborations to forge new centers around challenges such as risk and resilience engineering, understanding the microbiome, and providing for our future needs in food, water and energy.”

Wiesner is a recognized global leader in the civil and environmental engineering community. He has made many important contributions to the research literature since his arrival at Duke in 2006, with a primary focus on the potential for nanoparticles to accumulate in the environment. In 2008, Wiesner launched CEINT to investigate these issues with funding from the National Science Foundation and the Environmental Protection Agency.

His research leadership has earned him accolades such as the 2011 NWRI Athalie Richardson Irvine Clarke Prize for excellence in water research, and induction in 2015 into the National Academy of Engineering—one of the highest professional distinctions accorded an engineer in the United States.