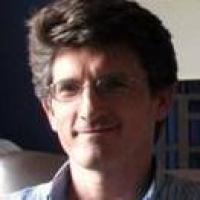 Adjunct Professor in the Department of Civil and Environmental Engineering

In June 1996, Porporato received the Arturo Parisatti International Price, awarded by the Istituto Veneto di Scienze, Lettere e Arti. He was Research Associate at the Texas A&M University (USA) in 1998 and Visiting Scholar at Princeton University (USA), Department of Civil and Environmental Engineering, from 1999 to 2001. In 2008-2009 he was the first Landolt & Cie Visiting Chair in “Innovative Strategies for a sustainable Future” at Ecole Polytechnique Federale de Lausanne (EPFL), Switzerland. He was awarded the 2007 Professor Senol Utku’ award, the 2010 Earl Brown II Outstanding Civil Engineering Faculty Award, and in 2011 he received a Lagrange fellowship from the Polytechnic of Turin, the CRT bank and the ISI (Institute for
Scientific Interchange). In 2012 he was elected an AGU fellow.

Porporato has been Editor of Water Resources Research (AGU) (2004-2009), and he is currently editor for Hydrological Processes. He is also member of the editorial board of Advances in Water Resources and the Hydrologic Science Journal. Among other things, he was chairman and convener of the Ecohydrology sessions of the AGU Spring Meeting in 2001 and 2002 and of the EGU in 2004-2006. Porporato has been part of the Italian research groups of Turbulence and Vorticity and of Climate, Soil and Vegetation Interaction, an adviser for real-time forecasting in the Piedmont Region (Italy), and ecohydrology (US National Academy).

Porporato's didactic experience comprises courses in Environmental Fluid Mechanics, Hydraulics, Hydraulic Constructions, Statistical and Physical Hydrology, Ecohydrology, Nonlinear Dynamics and Stochastic Processes. He has also been the didactic coordinator for the International School "Hydroaid: Water for Development", co-organized by the Polytechnic of Turin and the Italian Ministry of Foreign Affairs.

Porporato is author of more than 140 peer-reviewed papers, several publications presented at national and international conferences and invited talks. He is also co-author of the book "Ecohydrology of water controlled ecosystems" (Cambridge Univ. Press, 2004) and the edited the book "Dryland Ecohydrology" (Springer, 2005).