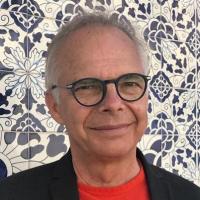 “Collaboration is personal. Having a department where students and faculty get together as friends and colleagues, where ideas can easily flow and networks can easily form—that’s what we want to do.”

A recognized global leader in the civil and environmental engineering community, Mark Wiesner has made many important contributions to the research literature since his arrival at Duke in 2006, primarily focused on the potential for nanoparticles to accumulate in the environment.

In addition to his duties as Duke CEE chair, Wiesner provides leadership to the Center for the Environmental Implications of NanoTechnology (CEINT), which is based at Duke and began in 2008.

His research leadership has earned him accolades—including the 2011 NWRI Athalie Richardson Irvine Clarke Prize for excellence in water research, and election in 2015 into the National Academy of Engineering—one of the highest professional distinctions accorded an engineer in the United States.

Amid a Pandemic, New and Renovated Buildings Open

Comparing the Swab to the Sewer