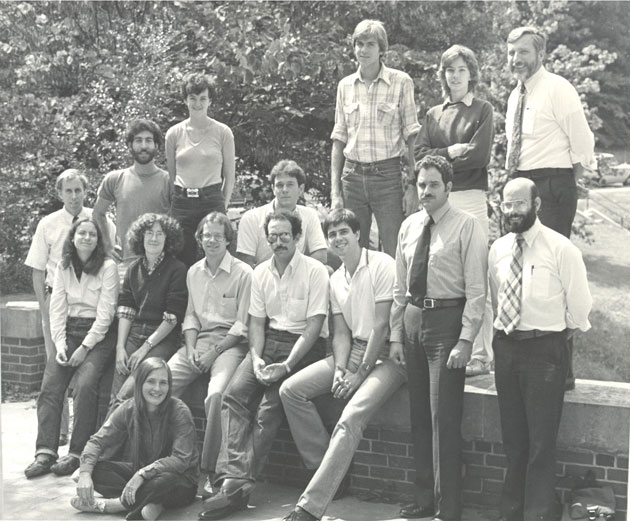 Presented annually to a student who best exhibits Jeffrey Taub's maturity of thought and independence, and who best integrates past training with the environmental engineering profession

The names of recipients of this award are inscribed on a plaque displayed in Hudson Hall.

Jeffrey B. Taub will always be remembered at Duke for his maturity of thought, his independence, and his ability to successfully integrate past training with the environmental engineering profession.

His research efforts at Duke were rewarded, and his work widely published

With maturity and independence, he applied himself to the development of his new career. His efforts were rewarded and the results of his work at Duke are widely published.

"Hazardous Waste Generated by the Academic Departments of Duke University" (January 1981), was a report prepared by Jeff which successfully assisted Duke in addressing this monumental problem. "Instabilization in the Air Classification of Fuels," Journal of the Energy Engineering Division of the American Society of Engineers (June 1983), made a major contribution to the theory and application of air classification. "Instabilities in Air Classification of Refuse Derived Fuel," Fourth Symposium and Biotechnology in Energy Production and Conservation by Oak Ridge National Laboratories (May 1982), added to the understanding of the problems while producing needed energy. "Regional Alternatives for Solid Waste Disposal and Resource Recovery in Raleigh, Durham and Chapel Hill," was a report prepared by Jeff which received regional and statewide attention.

He also valued other parts of his life, his fellow graduate students in general and one friend in particular. Each year, Jeff led the environmental engineering graduate students and (some) faculty into battles on the soccer and softball fields. Rumor has it that Nancy Wittenberg, a fellow graduate student at the time, was so impressed with Jeff's ability to play third base that she subsequently agreed to his proposal of marriage.

Jeff died in an automobile accident en route to a hazardous waste managed facility while working for the New Jersey Environmental Protection Agency. Jeff and Nancy missed the opportunity of marriage by several weeks. Jeff will always be remembered at Duke through the Jeffrey B. Taub Environmental Engineering Graduate Student Award.