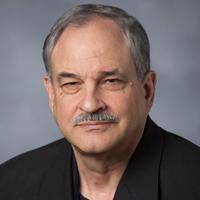 Dr. Medina earned a Ph.D. degree in water resources and environmental engineering sciences from the University of Florida in 1976 and joined the Duke faculty thereafter. Dr. Medina is Director of the International Honors Program of the Pratt School of Engineering. He has been a registered Professional Hydrologist, American Institute of Hydrology (Minnesota), since 1983, and its current President-Elect. Dr. Medina is Associate Editor of the Journal of Hydrologic Engineering.

He was selected a Fulbright Scholar for 1984 at Monash University, Melbourne, Australia. He conducted post-graduate intensive courses on urban hydrology for UNESCO in Costa Rica, Guatemala, Honduras, El Salvador, the Dominican Republic, and Panama in 1985 and 1986. In 1987, he was awarded an NSF travel grant to establish links between U.S. and Argentine hydrologists and water professionals. He was named External Evaluator of the UNESCO International Hydrological Programme from 2002 to 2003. He was selected the Lead Evaluator in 2007 of the UNESCO World Water Assessment Program.

Professor Medina is a former President of the Universities Council on Water Resources, Inc., and the North Carolina Section of the American Water Resources Association. He is a consultant to the U.S. Environmental Protection Agency, the World Health Organization, the Research Triangle Institute of North Carolina, the Inter-American Development Bank, the Pan American Health Organization, the Ministries of Water Resources in Venezuela and Spain, the Technical Advisory Service for Attorneys, and other private enterprises. He is a former Chairman of the International Technical Advisory Committee of the International Ground Water Modeling Center (Colorado School of Mines, and Delft, The Netherlands). In 1989, the Governor of North Carolina appointed Dr. Medina to the Environmental Management Commission.