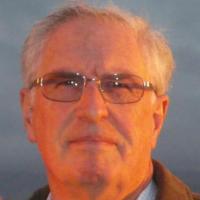 Adjunct Professor in the Department of Civil and Environmental Engineering

Massimo Germano was graduated in Physics at the University of Torino in 1965. In the same year he joined the Politecnico of Torino where he was finally appointed as Full Professor in Gasdynamics from 1981 to his retirement in 2012. His publications are devoted to many aspects of the fluid dynamics, they are mainly theoretical but always with a precise interest in the possible applications. Main results are the following. A system of orthogonal coordinates has been introduced in the study of the flow in helical pipes and more generally in pipes provided with a variable curvature and torsion of the central axis. This system of coordinates has been applied in many computations and it has contributed to clarify the effect of the curvature and the torsion on the axial and the secondary flows. In the field of turbulence modeling a new operational multiscale approach based on the generalized central moments and their properties has been produced. Principal application has been the dynamic procedure that significantly improves existing subgrid scale models for the Large Eddy Simulation of turbulent flows.